‘Beats of Hanoi’ is a collection of thrilling rhythms of Hanoi’s urban life performed by Ilya Levchenko, a 26-year-old drummer from Ukraine.

Nothing seems to be able to stop Ilya Levchenko, a 26-year-old drummer from Ukraine, from playing drums on anything and anywhere. ‘Beats of Hanoi‘ is Ilya’s latest project in the spirit of discovering the beauty of Hanoi and showcasing his impressive drumming skills.

RGB had a small and interesting chat with Ilya about his passion for the instrument as well as the process of creating ‘Beats of Hanoi’.

Can you give us some introduction about you?

My name is Ilya. I’m 26 years old and I’m from Ukraine. I’ve got a degree in electrical engineering. I am a self-taught drummer. I have been playing drums for 10 years now. While traveling, I’ve performed around Europe and US. I came to Vietnam to travel and work on my project as a drummer. Sometimes I work as a model, an English teacher and a drum teacher. I’ve been living in Hanoi for one and a half years now.

What drove you to create this project ‘Beats of Hanoi’?

I’m really really passionate about drums. Whenever I have enough time and money, I invest in it. I create as much content as I can, and most of the time people find it interesting.

In my earliest days in Vietnam I met a new friend who is now my camerman, Alex Varninschi. He works with me on my Youtube channel and social networks. One time, during a regular meeting, we were discussing what kind of content we should make about (me, my drumming and the local environment). He proposed an idea of #beatsofhanoi. It’s about exploring the beauty of Hanoi through my skills and making a beat of anything.

How did you guys do it? What was the creative process like? Any difficulties?

The whole stuff I play is totally 100% improvised. So whenever we arrived at the location, at one point Alex is saying “Go!” and at that moment I have only one thought in my head “Go where?” There is a bunch of stuff in front of me and I have to figure out how to make it sound good. But as soon as I get familiar with the sounds of everything around me I’m realizing that the bigger bucket can be a “kick” for example, and the smaller one can work as a “snare” and so on. Somehow all the stuff around me are becoming a drum set.

From time to time Alex is pretty struggling with filming me. For example how to make a video look good when we both are sailing on different swans on the Truc Bach lake. When they shake all the time and wind keeps spinning them around.

He has to capture me when I play a good part, the light has to look good. In the end he has to try hard not to drop his camera into the lake.

How about funny experiences?

I also constantly drop sticks while playing. Once I played at the West Lake, I dropped a stick right into the lake. Fortunately it sailed back to me, so we could continue recording video.

Most of the time it’s so fun. When I play, people stop doing their things and started looking at us, recording us. It’s so nice that most of the time they let me play on their stuff without asking for anything in return.

Do you have any plan/project in store in the near future?

I hope this project will not only reach Hanoi but also other cities such as Saigon, Da Nang, Phu Quoc. Who knows? Last year was the happiest year of my life. I’m working on my dream. What can be better? Meeting more and more great people. Glad me and Alex have done so much and understand each other well. Oh and I’m open for collaborations! Exhibition: “Hà Nội là’’- The Creative City through artistic viewpoints of the youth 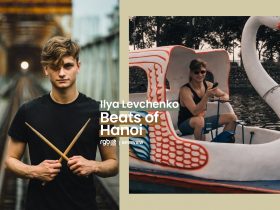 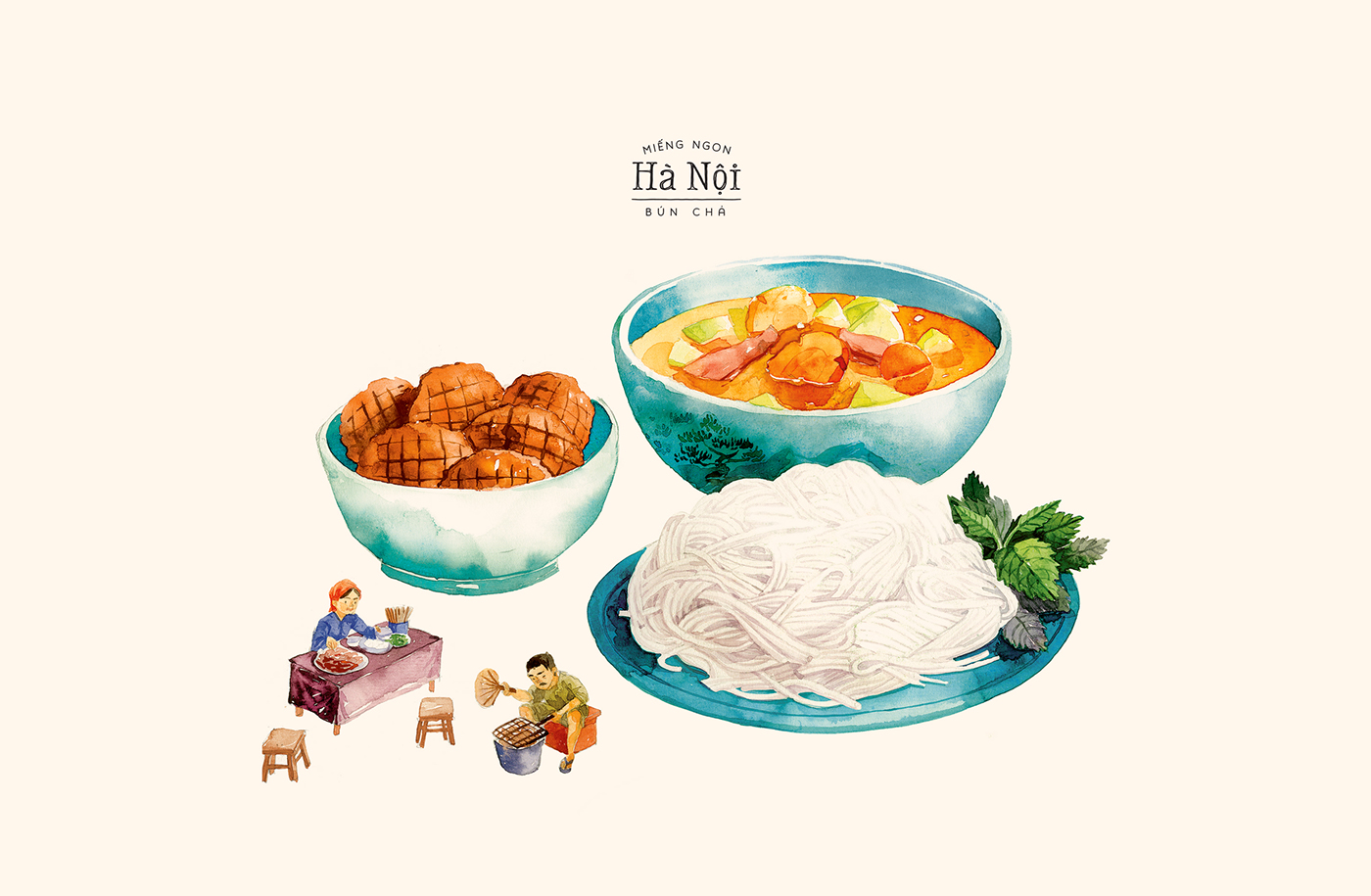 Bộ lịch: A Taste of Hanoi